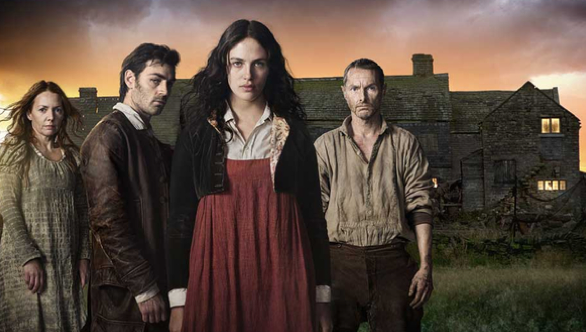 Citizens of the UK, lend me your ears.

Do you need me to speak up a bit? Fear not, I am typing in a South East England dialect, near as damn it to received pronunciation, so you should be able to hear me at the back. Not in, you'll be pleased to hear, a Cornish accent which is impenetrable, according to the 2,200 people who complained to the BBC about not understanding the dialogue in the recent drama serial Jamaica Inn.

More precisely, the complaints centred on "mumbled dialogue" from the actors throughout the Daphne Du Maurier adaptation, which was broadcast over three consecutive nights this week. Clearly these viewers don't know they're born - or have at least have never watched Apocalypse Now and been subjected to some epic mumbling from Marlon Brando, or negotiated Bane's dialogue in the Batman finale Dark Night Rises.

Perhaps most troubling of all is the conclusion these thousands of complaints suggest - that the nation doesn't know how to turn the subtitles on.

One thing is for sure, finding the subtitles button is at least more troublesome than complaining to the BBC.

Source: Jamaica Inn ends with 2,200 complaints about mumbling (BBC)
Posted by Unknown at 15:00 No comments: