Complaining about violence on the TV seems refreshingly old fashioned 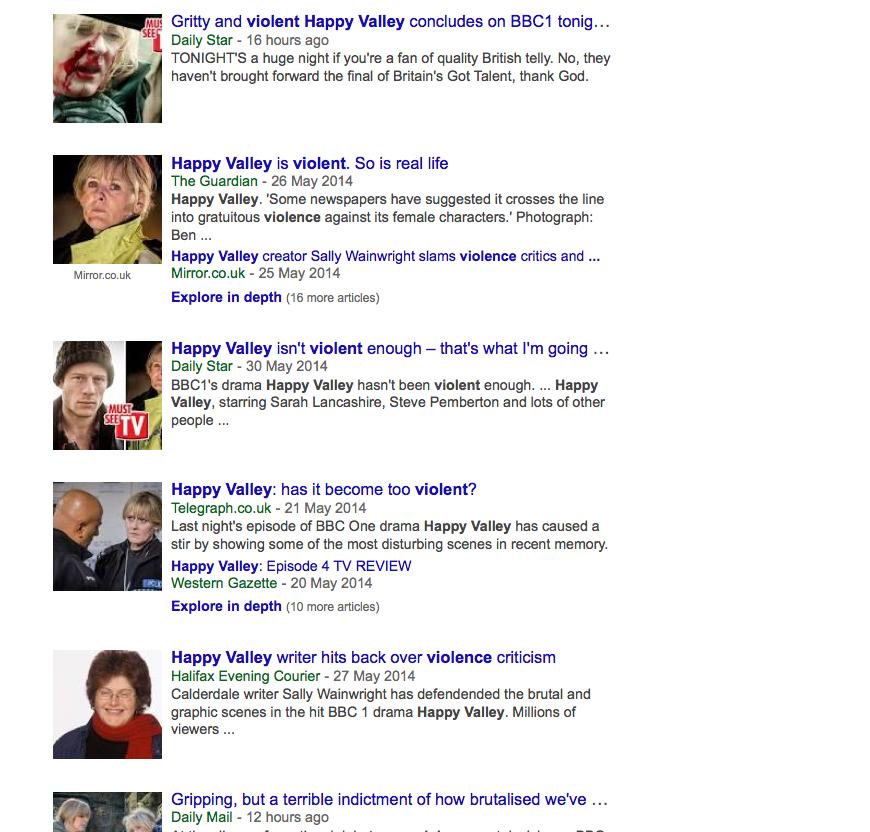 Is TV getting too violent? It's a complaint as old as, well, TV.

Fears that there's too much violence/swearing/sex/delete as appropriate on TV have been voiced throughout the history of the humble telly box. Who could forget the bespectacled Mary Whitehouse's headline grabbing complaints throughout the '70s and '80s, aimed at the behind-the-sofa antics of Doctor Who, among others, fearing it would irrevocably hurt tiny impressionable minds.

Has the debate moved on now that we're in the enlightened 21st Century?

So complaining about violence on TV seems almost refreshly old fashioned. A bit like Sherbert Dib Dabs and tank tops. TV violence is a far simpler matter than the miscellaneous horrors of the internet (ED: like this blog?). Here violence is deliberately written into scripts, filmed and then broadcast.

But those offended by TV violence should just switch over and stop moaning? Sounds like a sound argument, so long as the violence is post watershed (is watershed an old fashioned term too, with the advent of iPlayer, Sky+ and On Demand?). Then you'd best turn over The Walking Dead, Game of Thrones, Happy Valley, Line of Duty...

The weird thing about violence is how quickly you get used to it. In a televisual sense, of course. Not only do I probably live a thankfully sheltered life but according to UK statistics, most of us are not hugely likely to see violence in the flesh. Unless you have a penchant for the Next sales.
Posted by Unknown at 14:22